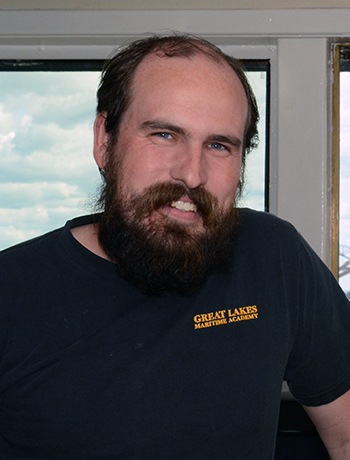 American Maritime Officers member Richard Gray died January 17 in an accident onboard the 1,000-footer Walter J. McCarthy Jr. He was sailing as second mate aboard the vessel, which was anchored off of Gary, Indiana and was preparing to come into port at the time.

He is survived by his wife, Danielle, and three children.

A GoFundMe campaign was started to help support his family and had raised more than $60,000 as of January 21. AMO officials will be individually contributing to this fund.

"It's with a heavy heart that I say my good friend and shipmate Richard Gray passed away on the McCarthy following a tragic accident. Our Great Lakes community is a small one and he was well known and liked by many and involved in almost every organization imaginable. He has been my friend since we were cadets and we've worked together for several years now as well. He was a fantastic man who would do anything for a friend without hesitation and had done so for me on many occasions. He was a loving father of three beautiful children and a devoted husband. I will miss him and his humor greatly but I know it's nothing compared to the loss his family will feel. Fair winds my friend," wrote AMO member Ryan Miller.

Funeral arrangements are as follows: