The Commander of U.S. Transportation Command, Gen. Jacqueline Van Ovost, was joined by the Commander of Military Sealift Command, Rear Adm. Michael Wettlaufer, for a tour of the large medium-speed roll-on/roll-off ship USNS Benavidez on November 9. This was Gen. Van Ovost's first visit to an MSC vessel since taking command of USTRANSCOM in mid-October. Professional greetings were in place as the admiral was rang on with six bells and the general was given eight bells. Both were officially made crew members of the USNS Benavidez with the presentation of ship's ball caps. 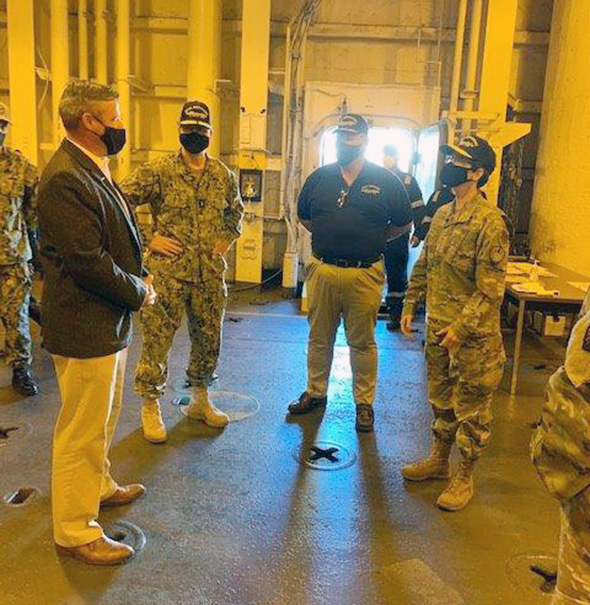 MSC PM5 Michael Lloyd, MSC Commander Rear Adm. Wettlaufer, and USTRANSCOM Commander Gen. Van Ovost are greeted by Captain Garee, master on the USNS Benavidez, as they board the ship. 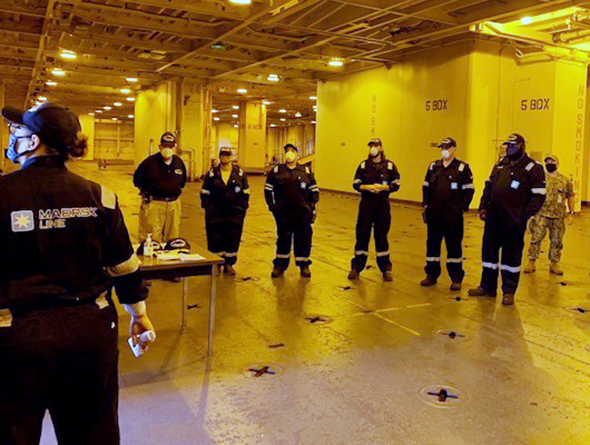 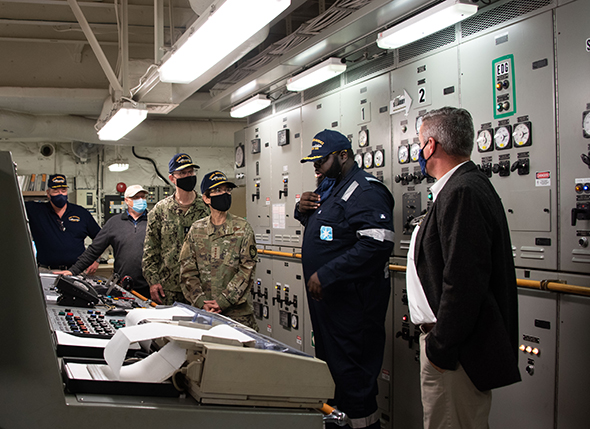