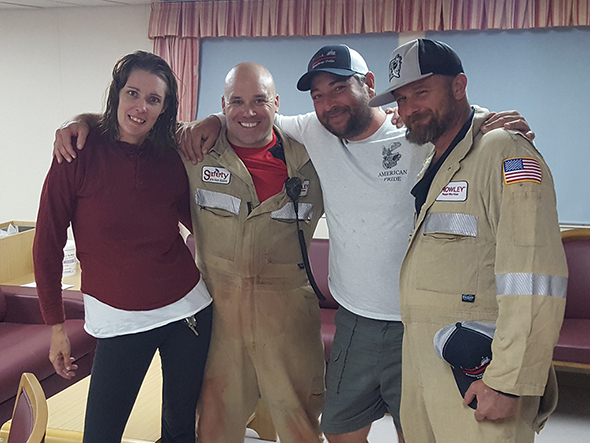 The Jones Act tanker American Pride rescued three people in a life raft from a sinking fishing boat on September 18 in the Gulf of Mexico approximately 45 miles west of Egmont Key.

While the ship was eastbound to Tampa, Fla., American Pride Chief Mate Brian Enos spotted a foundering boat at 5:48 p.m. The ship turned and traveled to the boat, which was sinking with the bow down and stern out of the water, the name CAPT BOB visible on the stern. The officers and crew did not see anyone in the water in the vicinity of the sinking boat.

The ship notified U.S. Coast Guard Sector St. Petersburg, and received instructions to take photos and send them to the Coast Guard. As the American Pride approached the boat a second time, Chief Mate Enos spotted orange smoke and a parachute flare, below which a life raft was located, approximately three nautical miles southwest of the CAPT BOB.

The man-overboard signal was sounded and the American Pride's crew mustered. The rescue boat was prepared for deployment and the starboard accommodation ladder was rigged as the American Pride made for the life raft.

At 6:42 p.m., the rescue boat - crewed by Third Mates Alexander Todd and Colin Hecklinger, and Third Assistant Engineer Mark Menton - was deployed and approached the life raft. They found two men and one woman onboard, all in good health with no injuries observed.

U.S. Coast Guard Sector St. Petersburg was notified and dispatched a helicopter and a response boat, and asked that the life raft be retrieved. The three survivors were brought aboard the American Pride's rescue boat and the life raft was towed back to the ship.

At 7 p.m., the survivors boarded the American Pride via the starboard accommodation ladder and were provided with food, water, showers, clothing and blankets. The life raft was retrieved and brought onboard, and the rescue boat was brought up and secured. The American Pride remained in the area awaiting the arrival of the Coast Guard response boat to transfer the survivors.

"People ask me how I feel about it," said Captain Michael Stutevoss, master on the American Pride. "This is just what we do. It's my duty. It's the law of the sea."

The three crew members of CAPT BOB, a commercial fishing vessel, reported they had departed Madeira Beach sometime prior to Sunday, September 15 for commercial fishing in the Gulf of Mexico. The vessel had an inherent leak and was self bailing via a bilge pump. On Sunday, September 15, the fishing boat lost power and the crew began manually bailing the boat. They activated their Emergency Position Indicating Radio Beacon and started distress signals. They did not have an onboard battery operated VHF and were unable to communicate with other vessels in the fishing fleet. Using parachute flares, they were able to hail another fishing vessel on Monday while about 70 miles offshore, and were towed in about 10 miles. The fishing vessel towing them stopped and had them drift until another vessel could come over and tow them. They waited at this location bailing water for a day and received a tow on the night of September 17 for about 15 miles into the safety fairway. The owner of CAPT BOB was going to have a vessel come out in the morning to tow them back to Madeira Beach. At approximately 4 a.m. on September 18, the water from the leak was too much for the crew to bail and the boat had submerged to a point where water was coming over the top of the gunwales. The crew deployed the life raft and boarded with the EPIRB in hand.

In an earlier incident, Coast Guard Sector St. Petersburg reported responding to an EPIRB alert from the CAPT BOB on Sunday, September 15. Once on scene, the Jayhawk aircrew located the fishing vessel at anchor and stable, but was unable to establish radio contact. 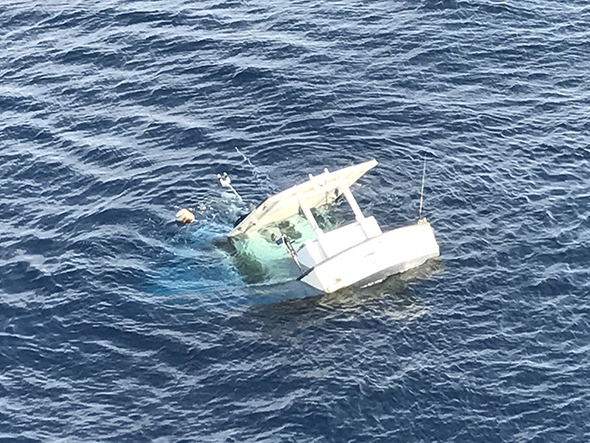 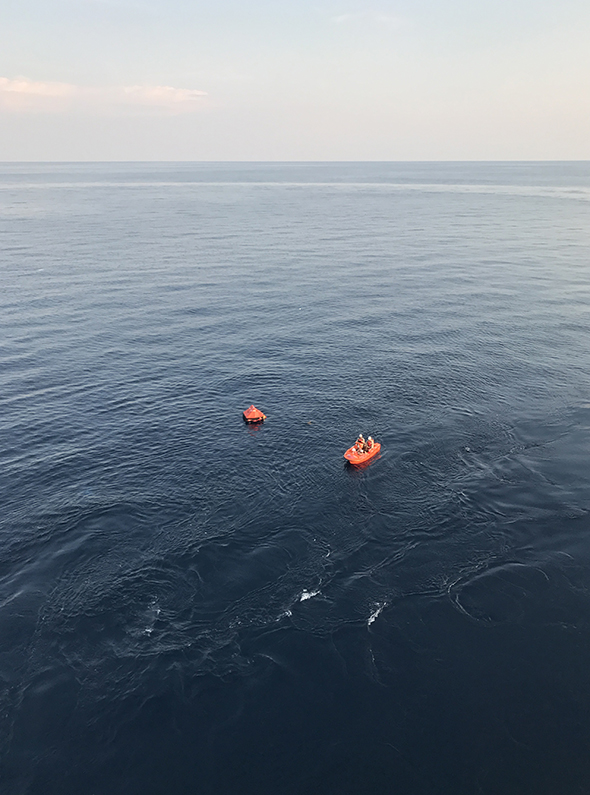 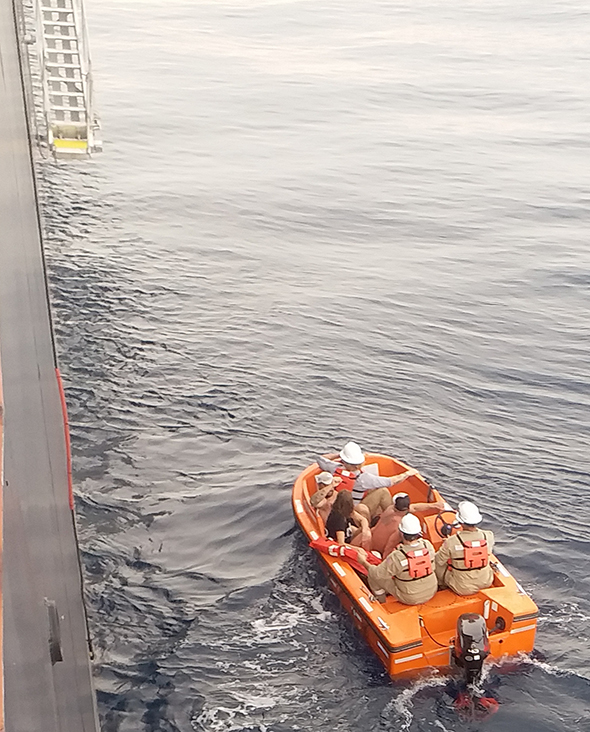